Well, what can i say?? the last few months have been mad busy for this lady! So many things happened i can hardly think where to start from!

i'd say, from Brighton and Milan convention 2011.....I had a real good time at both of them, i saw some friends i didn't see in ages and some others i don't get to see enough, like Crez and Stefy that are always some of the best people i ever met, with the strongest morals about the industry and life in general and that are grounded and fucking real, not wanna be divas!! They know their shit but yet don't act like they are better then everybody else! Being next to them really makes me want to evolve and grow as a person and tattooist....dedication!
so to celebrate the end of the most hectic 2 weeks of the year here's a little gallery of some of the tattoos i did! 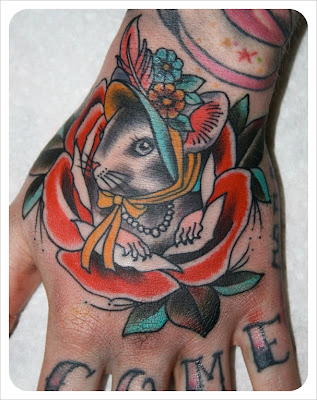 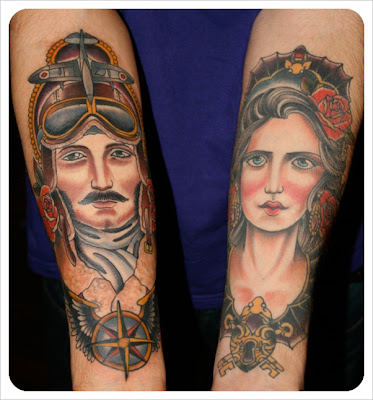 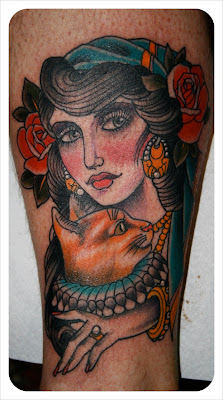 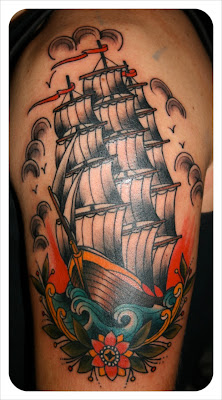 
Also i had an article on Tattoo energy that i think it's still available on the shelves of your news agents! You can recognise it pretty easily cause (quoting Lord) the cover is propa bootilicioouss! Spot these hot pink pants 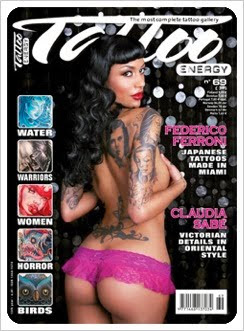 Thanx so much to Miki and Margherita for those 8 pages spread!! :)

In the next few days i will be posting some details about an exhibition i co-curate with Tina @London Miles....it's called PENS AND NEEDLES and it's about tattoos....it's a bit restricted saying it like that..... there will be paintings from tattooists and artists, stencils, sketches photo of tattoos and much more and even live tattooing on the opening night which will be the 25th of february, that's right! so make a note on your diary and drag your buttox down to west london to check us out! We have a real bad ass line up! trust me!!

More coming up, details about my Solo show at Eastpack Store in Carnaby street....still have to finalize some stuff and then i will let you know!!!


one last sorry for the long silence....pointless i know!
Posted by claudia de sabe

claudia de sabe
My name is Claudia, i do tattoos, paintings, graffiti, random drawings, read books and cook. I was born in Italy in 1980, and i have been living and working in London since 2006. I worked for almost 4 years at Frith Street Tattoo and Newskool Tattoos. I now work at JOLIE ROUGE TATTOO, 364 Caledonian Road, London, 0207 6095111. I travel as much as i can and do as many conventions i can.


more to be confirmed